5 Dragons is a pokie machine powered by Aristocrat Gaming, which is one of the leading providers of poker machines. Players who use to visit land based casinos know and appreciate this pokie game, which is played on five reels and 243 ways to win. This pokie machine features a mythical creatures theme. The player can use various denominations to bet in this game and a stake needs to be set prior to being able to spin the reels.

The green dragon is used as the wild symbol in this game and it will only appear on the second, third and fourth reel. The wild symbol, as in any other pokie machine, can be used as a substitute for comprising winning combinations. However, the only symbol that the wild symbol cannot substitute is the scatter.

The scatter symbol in this game is represented by the gold coin, which needs to appear from the leftmost reel to right on adjacent reels in order to payout and to trigger the bonus feature.

The Red Packet is another special symbol in this pokie machine and when it appears simultaneously on reels 1 and 5, it rewards the player with a bonus prize.

Other symbols in the game

5 Dragons is a pokie machine that features a Chinese theme based on mythical creatures and aside from the dragon symbols, the gold coin and the red packet symbol, other symbols on the reels include goldfish, turtle, lion, koi fish and the regular symbols from Ace through Nine.

5 Dragons is a classic 5 reel pokie game which is especially enjoyed by players who visit land-based casinos. In this game, the player has 243 ways to win and there are also special features which increase the player’s chances for bigger wins. 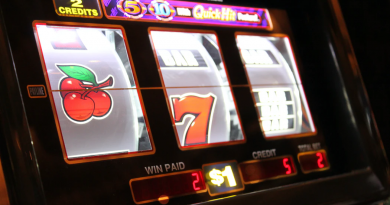