Pokies machines give hours of entertainment. It is not necessary that you need to spend money or place bet or play with real money to get this fun of gaming as most of the machines are available free to play. When you enter a casino you see lots and lots of pokies machines but do you know these pokies machines have all changed with times. As new technology enters the casino and gaming world so do the pokies also get a change of things like in machinery, structure, game play and other things. Here are ten pokies machines that brought change in gaming and punters will always love to speak of them.

1. The Sittman and Pitt Pokies Machine 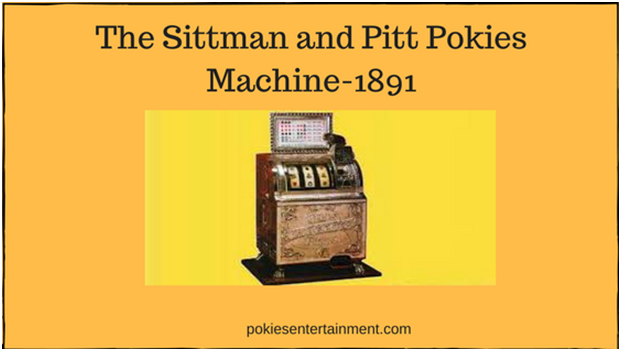 The Sittman and Pitt Pokies machine is the first pokies machines that was invented in 1891 by Sittman and Pitt. In this pokies you needed to insert a nickel into the coin slot and then had to try and win prizes by building the best poker hand possible from the five spinning drums that displayed a selection of 50 card faces. 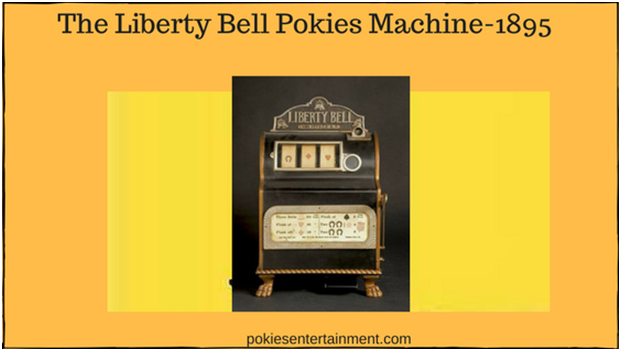 The classic pokies machines that you see today at casinos is said to be the resemblance of the Liberty Bell pokies machines developed by Charles Fey between 1887 and 1895 that hit casinos across the world over the 20th century. This pokies machines had three spinning reels with five symbols available to hit. These symbols consisted of diamonds, hearts, horseshoes, spades and the Liberty Bell icon. It offered the first automatic payout system and this would change the way betting and gaming operated. 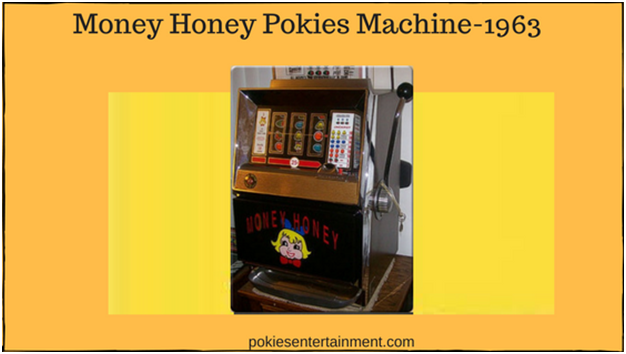 Money Honey pokies machine introduced the electro-mechanical pokies machine onto the market. It was in 1963, US-based developer Bally launched the this first pokies of such kind. Previous pokies had included elements of electro-mechanical design but this took things to a whole new level. The bottomless hopper and potential 500 coin win made it more attractive to the mass market at a time when Las Vegas was growing fast it is now. It was the perfect launching of this pokies at the perfect time. 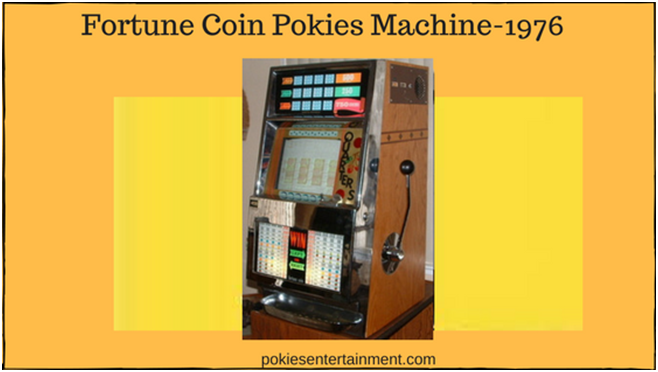 Fortune coin pokies machine was launched in 1976 by a firm called  Fortune Coin Co. This was the first video pokies machine to be introduced into casino market. It would set the precedent for decades of pokies machine releases. The pokies machines you still see on the casino floors to this day all draw inspiration from this pokies machine. It possessed a 19-inch Sony Trinitron color receiver and boasted logic boards for the machine’s functions. Its first live public demonstration came at the Las Vegas Hilton Hotel. The machine became hugely popular along the Las Vegas Strip and Fortune Coin Co would eventually go on to become owned by renowned software developer IGT. 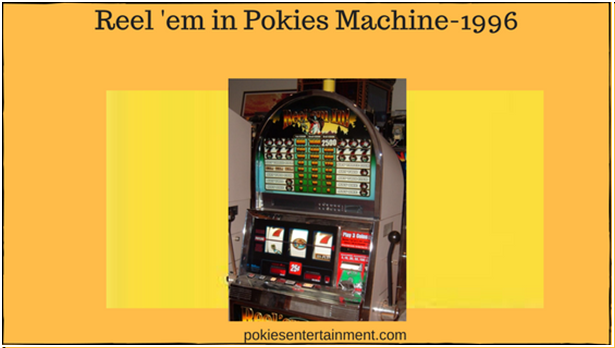 In the year 1996 WMS released Reel Em In pokies machines.  It was the first video pokies to offer a second screen bonus feature. Modern day pokies live and die by their bonus features. It’s hard to imagine a world when they didn’t exist.

Still WMS has continued to innovate the industry with the stunning Zeus pokies, the 6-reel behemoth of Raging Rhino, and the introduction of the Colossal Reels on a number of its titles such as Spartacus – Gladiator of Rome. This remains the most important pokies in their portfolio due to the impact it had on the industry by introducing the world to more in-depth bonus features. 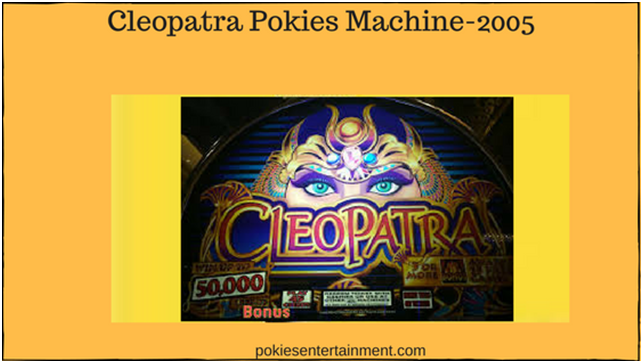 This pokies machine was launched in the year 2005 with the Egyptian-themed and was 5-reel, 20-payline pokies from renowned developer IGT. It was a simplistic video pokies that took the world by storm. The chance to win 15 free spins with a 3x multiplier made it a must-play with novice and experienced players alike. For many pokies players, it’s one of the first games they ever played on.

Since its release, Cleopatra has spawned sequels and has also enjoyed equal levels of success on both the online and mobile platforms. It is unlikely you will ever see a day when this pokies machine is not available to play at a casino somewhere in the world. Only a few other pokies such as Playtech’s Desert Treasure, Microgaming’s Thunderstruck II, and WMS Gaming’s Zeus come close to the immortality of Cleopatra but the Egyptian Queen still rules the land. 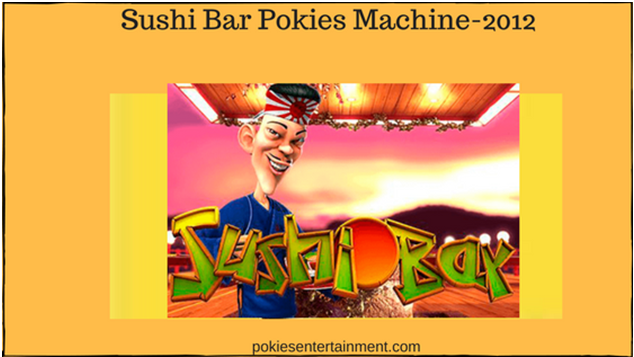 Sushi Bar was launched in the year 2012 when 3D technology had already stepped in the gaming market. Everybody that witnessed the 3D movement back then will remember the red and blue cardboard glasses and the basic graphics produced from the technology. That has all changed now.

With the introduction of lots of 3D games as well as 3D TV screens things are lot more glamorous and fun now. Betsoft Gaming led the way with their array of 3D pokies. Sushi Bar was one of their finest releases along with Good Girl, Bad Girl, Mamma Mia, and More Gold Diggin’. These pokies brought a whole new gloss to the visual side of pokies gaming. 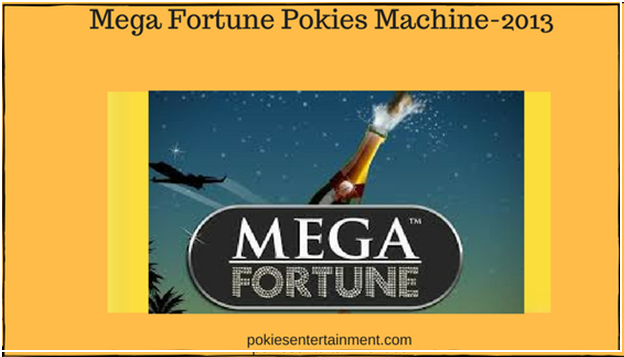 Mega Fortune pokies were hit in 2013 when one anonymous player at the Finland-based Paf Casino hit the Mega Fortune mega progressive jackpot for a value of €17,860,868. It was the largest ever jackpot win on an online pokies machine. Only Microgaming’s Mega Moolah has come close to surpassing that figure when Jon Heywood triggered the game’s mega jackpot for £13,212,882 on 6th October, 2015. 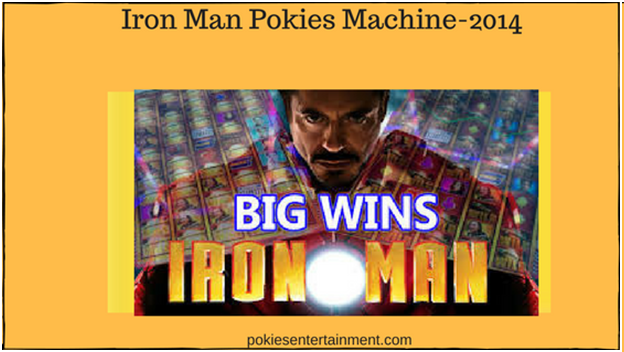 Iron Man was released in 2014 by Playtech brought Marvel themed pokies into the casino industry. Playtech launch a number of Marvel-themed pokies like The Incredible Hulk, Captain America, Thor, and The Avengers. The pokies all received very positive reviews and changed the landscape of a lot of Playtech-operated casinos online. They also proved to be a big hit at land-based casinos. The future of the pokies now hangs in the balance with Marvel planning to adopt a more family-friendly approach to their business but for the time they graced casinos around the globe, they were brilliant.

10. Jack and the Beanstalk Pokies Machine 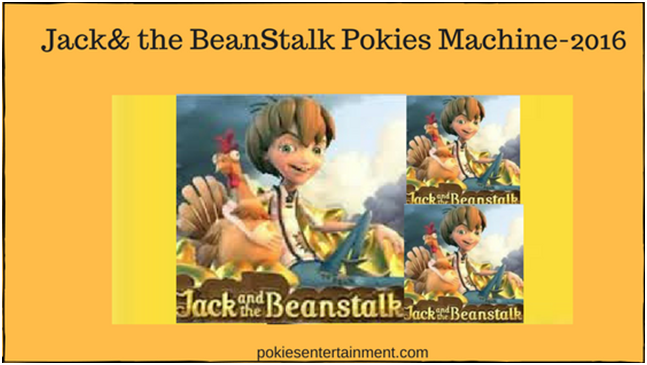 Now it is time for Virtual reality pokies and soon NetEnt is going to release many pokies machines with VR technology and other of their popular pokies with Jack and the Beanstalk being touted as one potential title.

Besides these ten pokies machines there will be a time when more will be added to the list  when VR and AR games will be on rise in coming years soon. 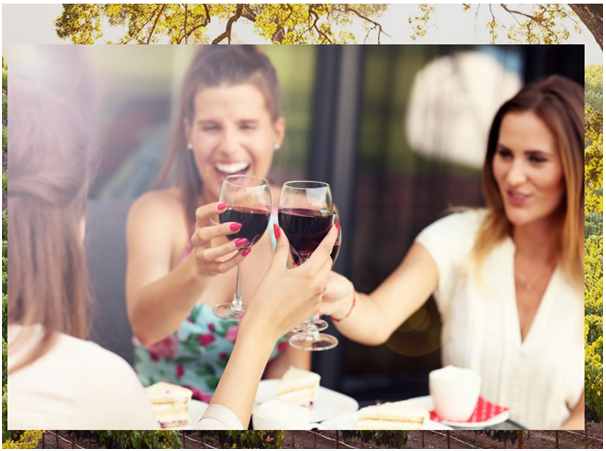 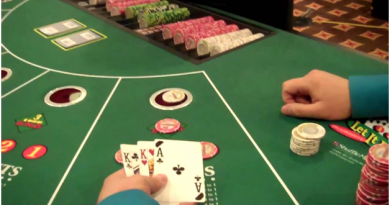 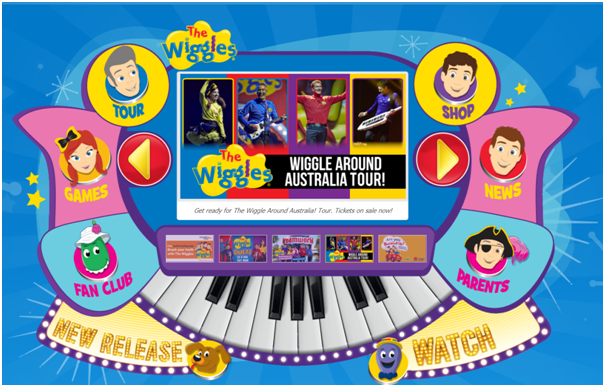