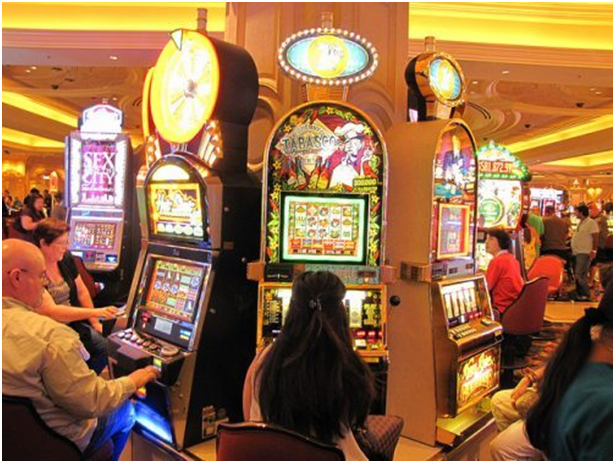 As 2017 is about to end in few days, 2018 might see lots of changes in pokies entertainment. Pokies have stories in history where the crude machines changed to fascination and glamour and travelled to digital as well as VR gaming till now.

It all started in 1895 when Charles Fey first introduced pokies machine. Pokies machines as heavy with metal casing, having only a tiny coin inlet to insert with a small lever to pull as if starting an old model car engine that made the internal gears spin. The three reels featured diamonds, hearts, spades, horseshoes, stars and a cracked liberty bell (the name of the machine), all of which were hand painted. If three of these symbols matched up, the machine would automatically release its coins for the winner.

But people were charmed by the way it gave out coins and thus started the journey of pokies around the world. Mills Novelty Co. soon copied the idea and supplied bars around Australia, North America and Europe with the game. Over the years, new manufacturers began to add more reels and symbols to the original, but it wasn’t until the 1980s that they raised the jackpot odds high enough for more investors to become interested. You see, the original machines only had 1,000 combinations available, but when computerization was introduced, the odds of winning were raised to 1 in 16.8 million.

Computer age brought many changes to pokies machines as well as many casinos were on the rise both land and online.  Computer and technology made pokies more independent, meaning casinos could fill entire floors with the machines without having to attend to every unit individually. Instead, microprocessors ensured that the machines delivered high, frequent jackpots when possible and smaller jackpots when almost empty.

Around this time, many pokies manufacturers also introduced the Random Number Generator (RNG) and Ticket-In/Ticket-Out system. Not only do RNGs inform each individual machine what percentage it should pay out when compared to how much money has been paid in, but it also makes winning completely unpredictable for the first time ever.

Meanwhile, the Ticket-In/Ticket-Out method allowed casinos a little extra safety, as the tickets displaying jackpot amounts had to be swapped by a cashier. Before this system was introduced, jackpots were rewarded instantly in cash which made it incredibly difficult for casino operators to keep track of how much they had paid out.

As the millennium approached, many land-based casino brands as well as up-and-coming entrepreneurs realized the potential of creating online pokies.  Many gaming brands and software companies like Microgaming, Aristocrat, Playtech and Netent brought many new vibrant, progressive and swift gaming access to players all over the globe. By 2012, online casino operators  were able to compete with other flourishing gaming industries, by offering online pokies such as Mega Moolah, Major Millions, Starburst and Guns N Roses in addition to digital table games, scratch cards and even live dealer games. Also all of these games can be accessed on a variety of platforms including desktop, tablets and smartphones. 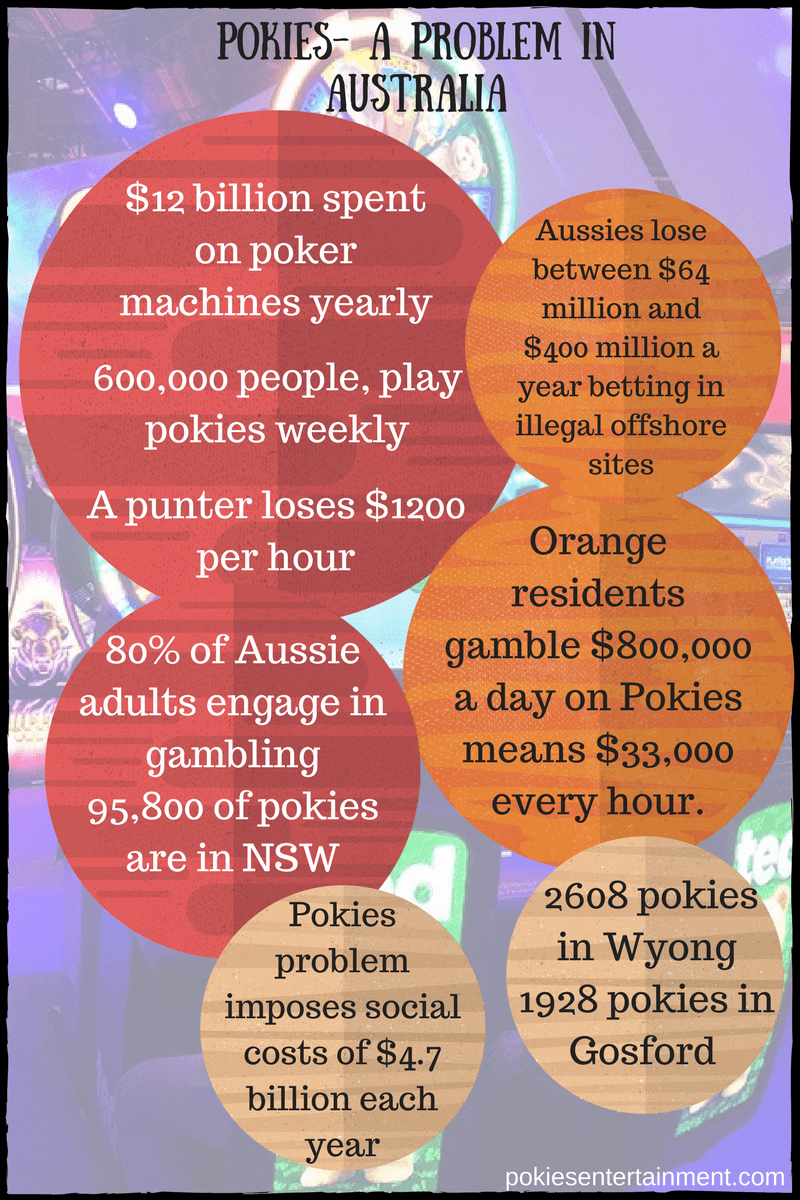 But when pokies became a problem

Pokies became a problem when players lost more and were addicted to it. There was special impact on Australians where billions of dollars went down the drain by playing pokies. Many of these losses came from problem gamblers who cannot afford it. Placing bet limits on high-intensity machines help curb these losses without impacting on recreational gamblers.

There is/was an abundance of evidence that gambling – and pokies in particular – causes enormous harm in the community. Genuine gambling reform is an issue governments now have to face.

The failure of the poker machine reform legislation has been attributed largely to the lack of any betting limits on pokies under the most recent form of the laws. Both the Australian Greens and Senator Nick Xenophon demanded that a $1 bet cap on pokies and clubs be implemented in an attempt to limit problem gambling.

Supporters claim that the change would help limit the ability of players with potential gambling problems from spending beyond their means, while those who oppose the change point not only to the initial cost of implementation, but also the fact that reducing bets will lead to reduced revenues for clubs, and limit player options without significantly changing the incidence of problem gambling.

At the present time in Australia, there are no low-intensity machines where bets are restricted to ranges consistent with normal, recreational play. This contrasts with other jurisdictions around the world such as New Zealand and the United Kingdom, where certain venues are restricted to machines with low limits on the maximum stake and maximum prize. In the United States, high-intensity machines are generally limited to casinos.

It is possible to quickly lose large sums of money on the typical Australian poker machine. In states where a $10 maximum bet applies and the spin rate is unregulated, a gambler could expect to lose $1200 per hour – with possible losses significantly higher.

Because of the risks high-intensity machines pose, the Productivity Commission made several recommendations for reform in the area of electronic gaming machines.

The Interactive Gambling Amendment Bill 2016 includes legislation that bans all internet gaming activities not specifically authorized within the new national codes, such as online poker. Although sports betting will remain authorized, the amended law reiterates the nationwide ban on any form of in-play wagering. A number of major operators have been offering in-play betting via a technical loophole where players could place an in-play wager via telephone, rather than online. It is thought the move could trigger a mass exodus of gambling companies from the country, with a number of firms having already withdrawn. As a result of the law changes, consumers that currently play online poker and place in-play bets on sports, and wish to continue doing so, will be forced to turn to unauthorized websites.

The pokies story will continue as the technological advancement behind the games rise each day. Now with virtual reality and augmented reality games boom pokies will also surely adopt this new technology. But will it bring a BIG change and stop punters to feed their money into these machines time will tell. 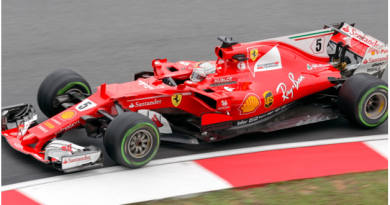 What Are The Popular Bets On Auto Racing? 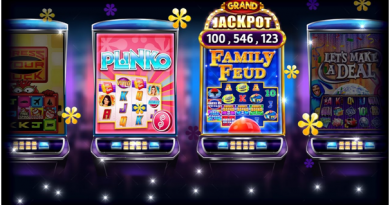 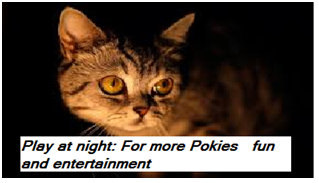