Six embarrassing stories of great punters which are worldly popular among players. Now would you call them embarrassing or attitude of high rollers or just funny? 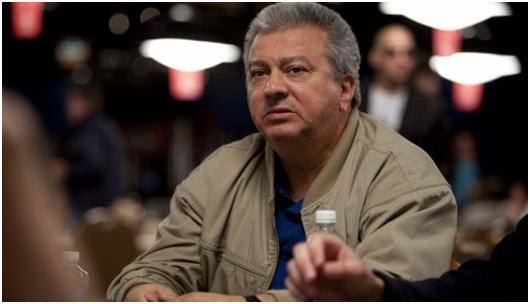 The story of Anargyros Karabourniotis, better known as Arc hie Ka r as, is the stuff of legends. From 1992 to 1994, Karas reportedly turned $50 into more than $40 million in what has become known as “The Run.”

During that time, Karas defeated some of poker’s best including Chip Reese, Doyle Brunson, and Stu Ungar. Johnny Chan was the only pro to beat Karas, reportedly taking $900,000 from the red-hot player.

Unfortunately for Karas, his winning days came to an end and he proceeded to lose everything back over the next two years.

With $40 million to bet at the table he lost it all in a single bet, but even that wasn’t enough for him. Not ready to call it quits, Karas came back to the Baccarat table to lose another $30 million, $300,000 at a time.

Karas has nearly $205,000 in lifetime tournament earnings and seven World Series of Poker cashes. The largest score of Karas’ career came at the 2009 WSOP where he took fifth in the $10,000 World Championship No-Limit Deuce-to-Seven Draw for $53,783. Of course after being blacklisted, Karas won’t be able to attend future WSOPs, which take place annually at the Rio All-Suite Hotel and Casino. 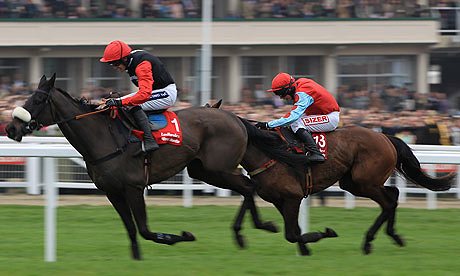 Punters hoping for a share-out of the £23m “won” in controversial circumstances on Betfair in 2011 met with a substantial if not unexpected setback when the Independent Betting Adjudication Service (IBAS) backed the betting exchange’s decision to void all the bets.

Voler La Vedette, the easy winner of the Christmas Hurdle at Leopardstown was available to bet in-running at 28-1 even as the mare passed the winning post and some 200 punters took advantage of the situation, staking a total of £800,000.

But in unprecedented circumstances, Betfair took the decision to void bets and refund all stakes, citing a software failure caused by “a unique set of circumstances”. Betfair insisted that it would have voided the bets, regardless of the result of the contest.

An investigation showed that a customer’s multimillion pound lay bet on Voler La Vedette at 28-1 had somehow bypassed the usual checks to be placed on the system. This would have resulted in a £600m liability for that customer had sufficient bets been placed on the horse. Betfair claimed that the situation had arisen as a result of the customer’s rogue “bot” – a malfunctioning automated bet-placement programme. 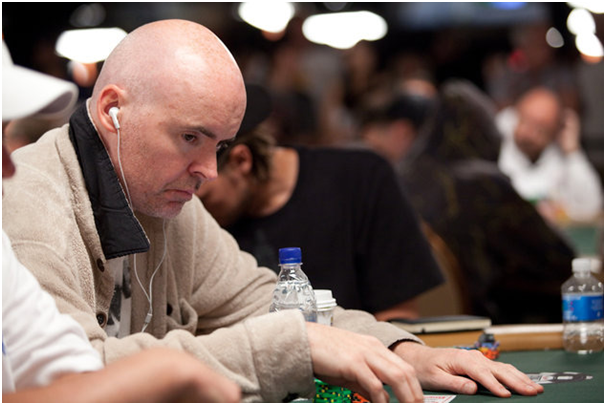 John “Johnny World” Hennigan was a well-known face in the poker world, he was one of the best pool players around. Learning to play pool at a young age, Hennigan played the game professionally and travelled the pool circuit. Betting is a part of many pool games and John was a big punter. When he couldn’t find someone to bet with in pool, he looked to other avenues, one of which was poker. His willingness to punter on anything in the world landed him the nickname “Johnny World”, to which he is widely known as today.

A frequent visitor of Las Vegas casinos, a punter named John Hennigan had a reputation for not being able to walk away from a bet. His friends gave him a challenge: Stay in a remote area in Des Moines for six weeks without betting, and win big. He took the wager of $100,000 and moved out into the wilderness, but was back in Las Vegas after just two days.
Hennigan flew under the radar and stayed out of the big spotlight for some time in the poker world. He ran deep in the WSOP Main Event in 1999, but would find his big breakout to come in 2002. That year, Hennigan placed seventh in a preliminary event before going on to win his first gold bracelet in the $2,000 H.O.R.S.E. tournament. For that win, Johnny World netted himself $117,320.

That same year, he placed fourth in the WPT’s Five-Diamond World Poker Classic for over $80,000. To close out the year. In 2007, Hennigan traveled back to Atlantic City for the Borgata Winter Open. He came out on top of the Championship Event and earned over $1.6 million. In 2008, Johnny World won the Ante Up for Africa Charity Event at the WSOP. He has over $3.2 million in career tournament earnings and is always willing to gamble on almost anything possible. 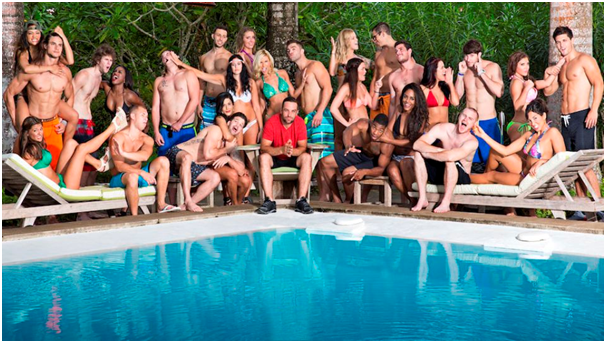 A group of young men were challenged by an MTV reality show to meet the mark of “100 things to do before you die.” One of the big items on the list was to earn a million dollars. There are a lot of ways to earn $1 million in a lifetime, but the show didn’t last long enough to follow each of the individuals through earning their doctorate and engineering degrees, so instead they pooled all their money together and took it to the roulette table. All they needed was three successful bets on near 50/50 odds, but after just two rounds, every penny was gone. 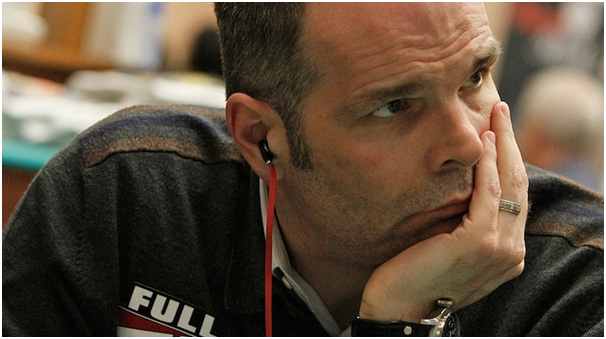 Howard feels comfortable playing with his friends who support him: Doyle Brunson, Eli Elezra, Huck Seed, and David Grey. Howard was never a winning player in the mixed games and was being staked by David Grey. In fact, it was David who gave Howard the seed money to invest in FTP. Just to show you how shameless Howard is, he later allowed David to invest at twice the price of other investors, despite owing him money. Well that was on money but what about on a burger?
David Grey bet Howard Lederer that he couldn’t down a real meat hamburger. Clearly, Lederer was no more committed to his lifestyle choice than he was to treating other players fairly, because he wolfed down the burger easy breezy. 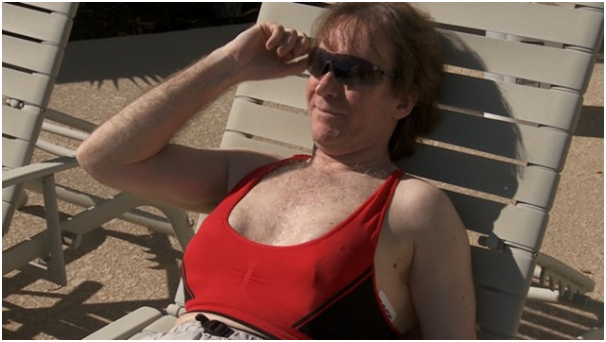 Magician and high-stakes gambler Brian Zembic bet in 1996 that he would get breast implants and keep them in for a year for $100K wager. Zembic got some plastic surgeon to do this for free in exchange for forgiving some gambling debts. The craziest part of this story is that Zembic apparently became so enamored with his fake boobies, he never had them removed.

No stranger to bizarre wagers, known as “prop bets”, Zembic once earned $5,000 spending a night under New York’s 59th Street Bridge in the 1990s, sleeping with vagrants — with $10,000 strapped to his leg. More recently, he bet that his nine-year-old daughter, who had never before played piano, could learn to play George Winston songs better than the New Age pianist himself in three years.

Winston himself provided confirmation, and Zembic won $75,000. Later, he bet that his daughter would open a concert for Winston. She did! Fifty people paid to see the younger Zembic and Winston play in Zembic’s home. He’s also bet that he could do better hand shadows than a contestant on America’s Got Talent.

Would you call these punters embarrassing? 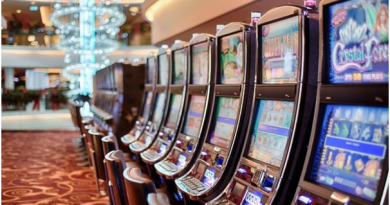 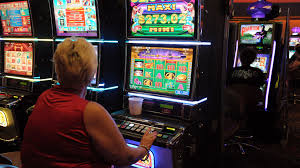 Is Poker Machine Always the Winner- The 10 Myths Busted 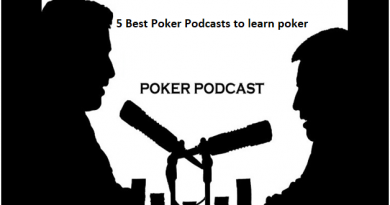