When you first look at the casino building in Las Vegas or even in your country you simply say its just awesome. You feel the urge to enter inside and look at things more closely with your eyes. Once inside you observe the glamour, hustle and bustle and the grand design of gaming tables and pokie machines that you at once are lured to play few of the games.

But do you know the beautiful casino architecture is build behind a psychology and that is to lure you more to gamble and play. You must have heard that there are no clocks or windows in casinos so that punters won’t realize how long they’ve been losing money. According to research, it turns out that the most successful casino design may not be the dark, maze-like designs you think they are.

It’s no shock that a business built on getting many people to ignore the odds and spend lots of money would be invested in making sure that every thing in the casinos work towards that goal.

What do the Casino look for in their architectural design?

So what do you think casinos mostly wanted in their design. They wanted it designed with as few windows as possible, creating a cave-like environment where night and day cannot be distinguished. It’s a simple and effective tactic designed to keep players from realizing how late it’s getting. Combine that with a conspicuous absence of clocks, and you take away all measures of time. Might as well keep putting money in the pokies.

Also casinos use Impulse Control factor like you find at the grocery store, waiting to get checked out, when you suddenly find yourself adding a Snickers bar to your purchases. Grocery stores put these “impulse” items there for a reason, and casinos use a similar form of psychology to attract your money. Rather than making snacks and bathrooms easily accessible, they put them in the least likely locations, forcing customers to walk past dozens of attractive games to get there. It’s like the midway at your local fair, except the games are usually much more fun.

They include Labyrinthine Design so that it can take multiple trips to a single casino to learn your way around the place. So confusing is the average casino’s layout that there are probably people from the 90s still absently wandering their halls today. This is, of course, fully intentional. The more twists and turns they introduce into the design, the more distracted the players will get. Oh, who knew the roulette wheel was way over here,

Bill Friedman and the Gaming Design

The biggest proponent of casino design that we think of as being “classic” comes from former gambling addict Bill Friedman, who became a professor teaching about casino management at the University of Nevada Las Vegas, a casino executive, and a casino consultant. In order to revamp the hotels that he had taken over, he studied over eighty Nevada casinos, trying to determine what they had that brought people to them. The games themselves are the same, so it had to be the package that was different. As he writes in Stripping Las Vegas: A Contextual Review of Casino Resort Architecture, “The only relevant consideration for casino design are these: What percentage of visitors gamble? What percentage return to gamble? Nothing else matters.”

Friedman’s conclusions became a 630-page book called Designing Casinos to Dominate the Competition. Friedman includes the analysis of the design elements common to successful casinos, tracking casino design throughout the whole history of legal gaming in Nevada, finishing in the 1990s. Friedman’s conclusions are based on his observations, evaluating successful elements as the ones in casinos making the most money and attracting gamblers from outside of their own guests. In his analysis, casinos were evaluated on total casino win, pokies win, number of pokies, pokies occupancy rate, and player count. He also evaluated pokies-to-room ratio, figuring that having more pokies than room in the hotel was evidence that punters were coming from competitors to their casinos. In a similar vein, he also looked at the ratio of players-to-room, more players than space in the hotel also measures

No aspect of design is left out of Friedman’s analysis, and his thirteen principles line-up to certain stereotypes that you have about casinos. As some examples:

If you’ve been to hotel where the casino was right there as you entered, the ceilings low, with little decor outside of the tables and machines, and with a layout that somehow always led you back to the casino, then you’ve seen the “gaming design” in action.

New architect or the playground design of the casinos

The history of casino design and architecture is a fascinating one. In the past, casinos were dark, smoky areas that were characterised by artificial light, neon flashes and an absence of windows. But, the casino industry has long moved on since then. In recent times, architects like Roger Thomas are slowly changing old designs with more modern features to attract a ‘new age’ audience.

Nowadays, architects balance the requirement for a space large enough to house a new vast array of gambling and entertainment facilities with the need not to overwhelm the visitor.

Many casinos developed in the last decade have eschewed, for instance, the suggestion that windows are bad for business. Instead of aiming for a frenetic, enclosed experience, these designers are trying to make their casinos feel more like a luxury resort.

The new wave of casino architecture embraces natural lighting, colors like soft greens and whites, and high ceilings that make guests feel more at ease. You will wonder why the sudden change in the new architecture of casinos. Well some experts insist that it’s because women make up a much larger portion of the gambling demographic than they did forty years ago. Also the high-octane, gaming-cave atmosphere casinos have always embraced was turning women off. The new casinos – exemplified by Steve Wynn’s Bellagio – have proven to be a roaring success, recasting much of what it was believed about gambling psychology.

Perfume or scent in the Casino attracts punters

Another element that is used to get people to gamble more is scent. In a 2006 study, two smells that had been previously determined to be “pleasant” were released in different pokies machine areas, with an un-odored area as a control. The first smell increased returns by around 45%, whereas the control and the second smell had no appreciable difference from other weekends. The paper hypothesized that the smell could have caused people to slow down or stop in the area, making them more likely to gamble. As to why one worked and one didn’t:

One possible mechanism of action of the effective odorant, is the phenomena called olfactory-evoked recall, in which, as mentioned, memories are stimulated as are their accompanying nostalgic exaltation of mood. Of almost 1000 subjects queried recently, 86% said that an odor could induce in them a vivid memory of the past. It seems possible that Odorant No. 1 induced nostalgic recall and the associated emotions were affectively congruent with, and enhanced, the gambling mood.

The paper also compares the scent to the lights, sounds, and other things in the casino. If that is true, it could fall into the same category as the small design elements manipulated in the other study.

But let’s face it, past or present, casino construction uses a certain amount of psychology to lure players in, but also to keep them there once they’ve walked in the door. So essentially, beautiful casino design is an intricate process that involves optimising floor plan, décor and atmospherics to encourage you to play games and spend money. 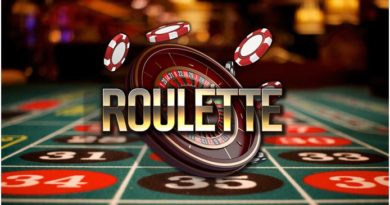 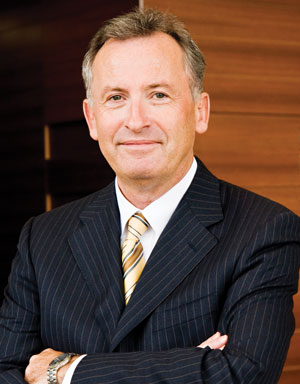