Do you remember the famous Ocean’s Eleven-style heist that left Australia’s largest  Crown casino $32 million Australian dollars (about $33.2 million) out of pocket.

This was carried out by a high rolling gambler, a card dealer, and someone working in security for the gambling den. The dealer had been fired and the card player had been banned from the premises for life. The man was playing cards in one of the casino’s high-stakes rooms. These rooms are outfitted with more sophisticated surveillance than the rest of the casino due to the millions of dollars that change hands there. It’s believed that the man had someone on the inside, viewing the CCTV footage, and through an earpiece was told what cards the dealer was holding. The gaming regulator in Melbourne also believe the dealer was in on the heist, ensuring his cards could be seen by the cameras.

Such kind of casino robberies are often on the news though not glamorous as it is portrayed in Hollywood’s movies like the Ocean’s 11. These heists in history are the  players who are crazy or psychologically hands in glove with such casino crimes. Here are the 10 biggest casino robberies in history 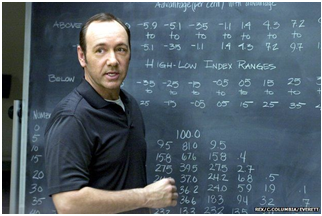 The Casino: Various across the world

This multi million casino robbery have been made famous in many different books and movies. Adapted in books like Bringing Down the House in 2003 and a Kevin Spacey flick in 2008 , the “MIT Blackjack Team” for 14 years, this notorious team of student maths geniuses ran the most prolific card-counting ring in history under the auspices of Harvard MBA Graduate, Bill Kaplan (Mr. M). Over the course of their long career, the MIT crew nabbed millions at high-stakes blackjack tables. These math wizards employed an advanced method for counting cards and raked in millions of dollars in winnings. Today, it’s unknown as to how many card counters are still out there and following in the footsteps of this notorious team. Despite ostensibly dissolving in 1993, various splinter groups, imitators and adventurous newcomers carry on the MIT team’s legacy. 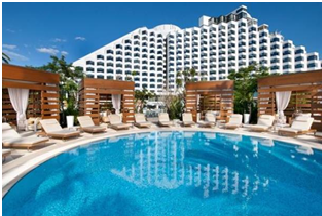 As said above this happened in 2013 where a high roller player nabbed a hefty sum of $33 million by remotely hacking into the surveillance system at the Crown Casino in Perth, Australia. By manipulating the casino’s camera array and sneaking peaks at dealers’ plays, he was able to feed winning strategies to an inside man via an earpiece, pocketing the lion’s share of the take. The Crown was cagey about the exact nature of the scam, but has allegedly captured the inside man, though the hacker remains at large.

3. Roulette wheel command inside the sole 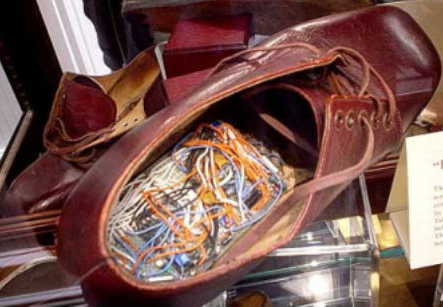 In one of the most hi-tech heists of all time, in the 1970’s two physics students from the University of California, Santa Cruz,developed a small computer that fit into a shoe and interfered with the roulette wheels. The device would interfere with the wheel and read its movements so one player could wear the shoe while the other would have the information relayed on his own show and bet accordingly. Unfortunately the computer would short circuit, causing an electric shock and setting their socks on fire . The two were able to keep up the gag for few months but were eventually caught and charged. 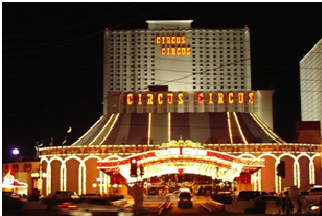 Heather Tallchief and Roberto Solis took in 1993went to casino robbery and making off with two and a half million in an armoured truck, Solis skipped town, leaving Tallchief and her young son a mere $1,000. She stayed on the run until her arrest in 2005. All was fair in love and robbery for this couple. 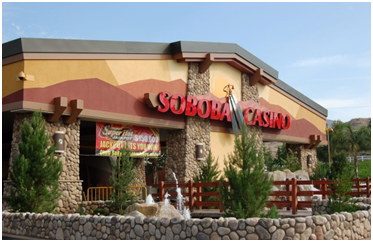 The Villains to this robbery were Eric Alan Aguilera and Roland Luda Ramos. Ramos was an employee at the Soboba and managed to convince his friend Aguilera to rob $1.5 million from the casino’s vault. They didn’t try any fancy plans or employ the use of hi-tech gadgets. Ramos held and gagged three workers and barged another 7 at gunpoint. Aguilera drove the getaway car. They didn’t make it for very long and were both apprehended within a short amount of time.

6. Mobile Lasers to spin the wheel 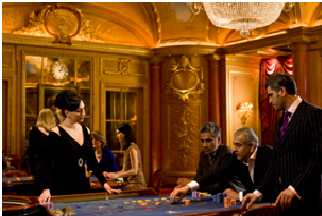 The Ritz made an involuntary pay-out of £1.3 million to three cheaters in 2004, who used lasers in their mobile phones to measure the speed of roulette wheels and predict the outcome of spins. Incredibly, although all three men were arrested, the judge presiding over their trial determined that no crime had been committed and the accused were let off scot-free. But things are not easy to let go at the casinos. They were given a life time ban. 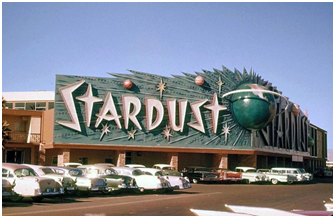 The Stardust casino is no longer on the scene but the famous story of a sportsbook cashier who got a little greedy is still talked about today. A sportsbook cashier in 1992 at The Stardust, Bill Brennan, decided one day to walk out of the casino after his shift with a bag containing over $500,000 in chips and cash. Brennan was never seen or heard from again and while he’s still on the FBI’s most wanted list. Brennan vanished without a trace after lifting the money, leading some to speculate that he might’ve been killed by a greedy accomplice. 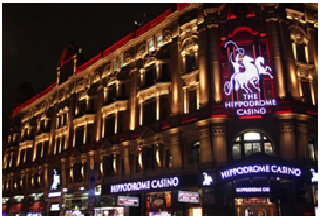 This happened in the year 2000 where three Londoners armed themselves with state-of-the-art spy equipment and hit six casinos across Britain’s capital and took away £200,000. One of the bandits used a miniature camera hidden in his sleeve to film cards as they were dealt, feeding images to an accomplice in a van outside. The footage was reviewed in slow motion and wagering instructions were fed to the inside man via a small ear piece. All three of these greedy gentlemen were arrested for their crimes. 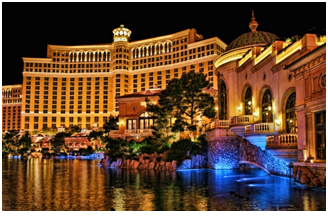 Jose Vigoa, Luis Suarez, and Oscar Sanchez made several attempts to fleece the Bellagio Casino in the year 1998 while trying to rob the Bellagio for over $160,000. Vigoa was a known bank robber and his face was caught on camera, giving the authorities a clear lead. Then, Sanchez confessed to police and gave up Vigoa and Suarez. Vigoa was sentenced to life in prison and Sanchez committed suicide in jail with Suarez a lighter sentence. 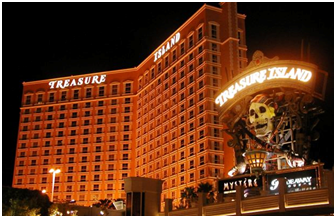 Casino: Treasure Island, Las Vegas
This Las Vegas casino was actually subject to multiple robberies at the turn of millennium, though only one was successful. In October, 2000, Reginald Johnson burst into the Treasure Island Casino wielding a gun, making off with $30,000. This followed two previous hits on the establishment, during which Johnson failed to nab any dough and wounded a security guard.

Johnson’s general incompetence and habit of returning to the scene of the crime meant he was eventually apprehended in January 2001. This psychopathic klutz was eventually sentenced to 130 years behind bars.

11. Superfast with no clue 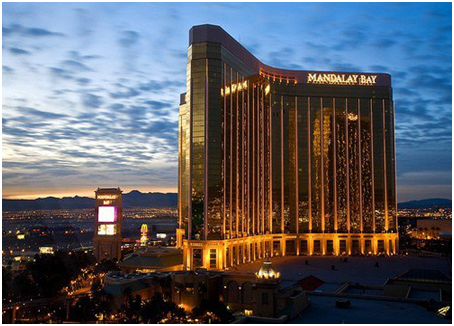 This robbery was superfast and took place in the afternoon of March 11 2005. Two men came up to the change booth and held up the casino cashier at gunpoint. The two made off with an undisclosed amount of money neither the police nor casino spokespeople wouldn’t disclose that information. No one knows which entry and robbers came in from or what booth they robbed. Leaving the casino embarrassed till date one can only imagine such a robbery which was so swift and fast.

Baffled? Right; such are the tales of casino robberies. 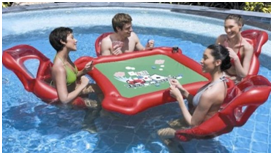 Poker And Bingo- Anything Similar! 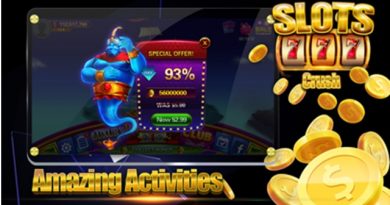 All time favourite five wonderful pokies for fun to play 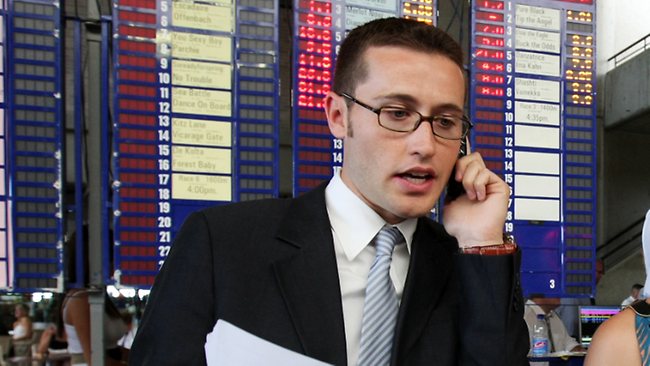